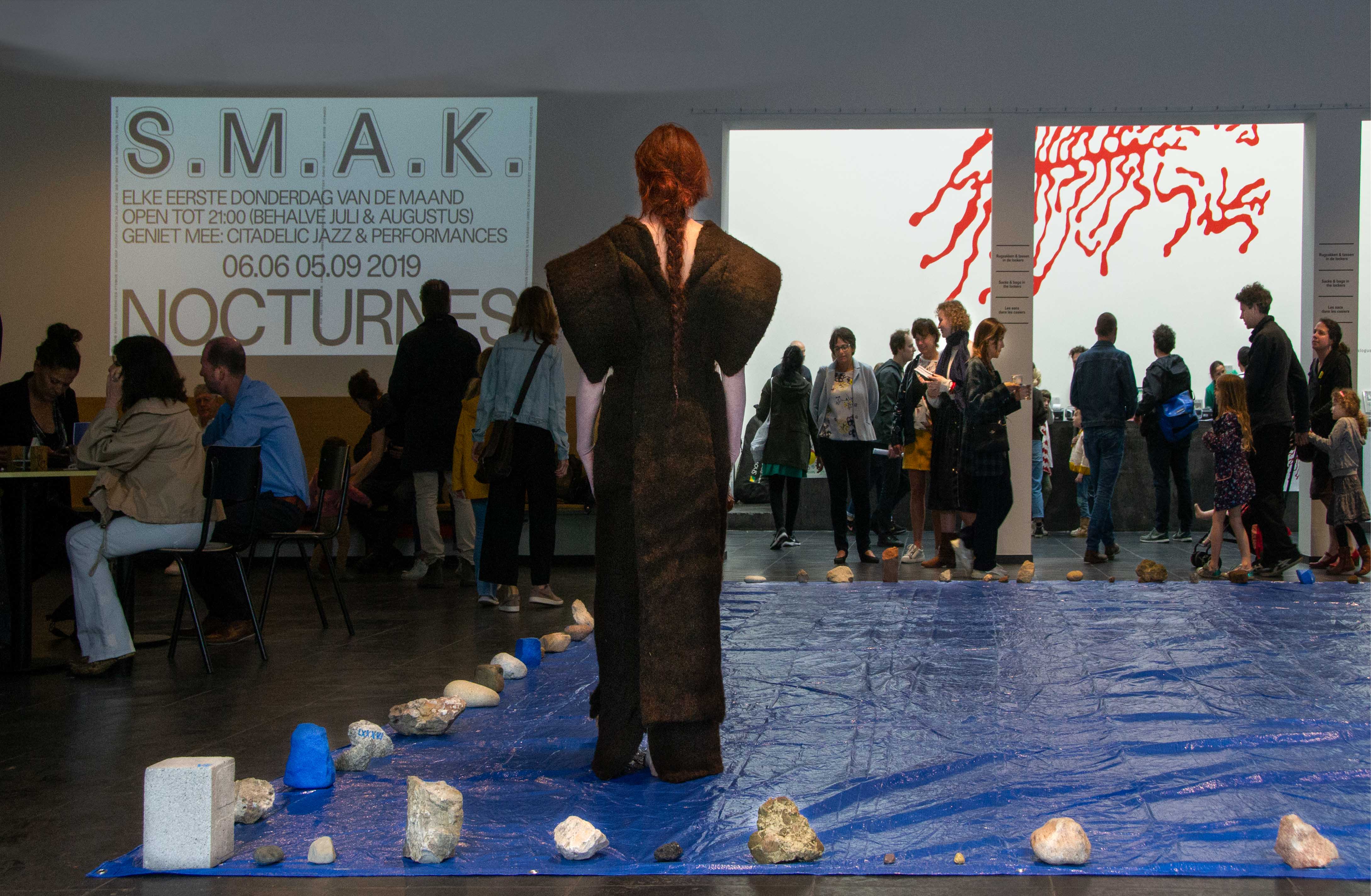 Residence Plan
Marie Julia Bollansée will create two street performances in Tokyo. The first is titled "A.W.#3, Artificial Walk #3" through which the artist will invite eight people to walk with her. They will wear a blue tarpaulin mantle, which they can keep after. By walking together, the performers generate A.S., Artificial Spirituality (rather than Artificial Intelligence, or A.I.). The second performance titled "TOKYO CONVERSATIONS" will involve the artist going up to people in the streets to request a one minute video-portrait of them. Even if they speak different languages, a conversation will occur in this way.

Marie Julia Bollansée's work concerns human beings, especially their life and death. Between these states, she sees a vulnerable quest in no man's land. Bollansée translates age-old human themes into works of art that we can all relate to. After working in Bombay (2014) she defined the name of a new blue, Tarpaulin blue, which she identifies as a common denominator of the twenty-first century human experience. Her work is shown at venues worldwide and her performances titled "to the Absent Audience" are freely visible anywhere at anytime on the Internet.
http://www.mariejuliabollansee.be