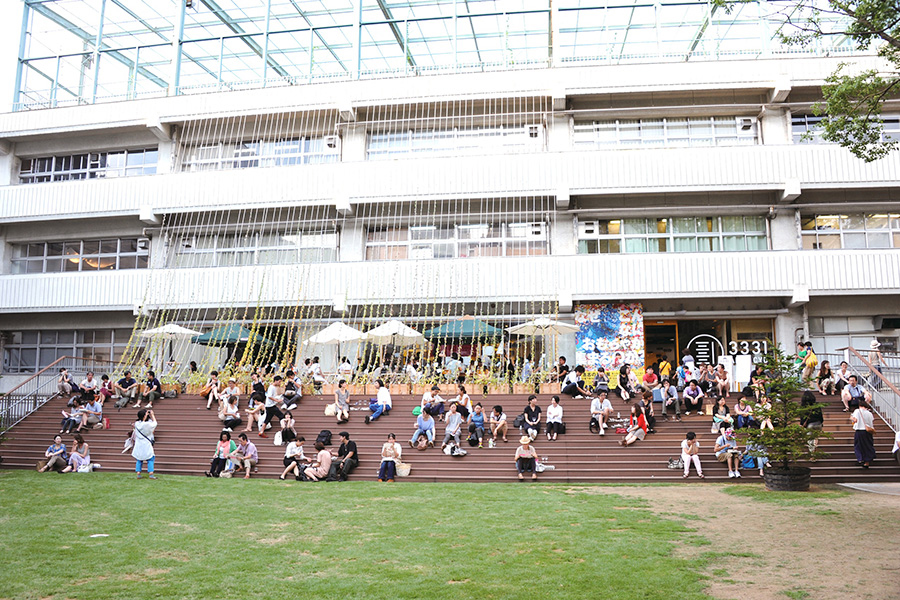 “AIR 3331” is an AIR (Artist in Residence) program established by 3331 Arts Chiyoda - an artist-run center based in a repurposed school, whose former classrooms house 4 floors of exhibition space, independent galleries, workshop facilities and more. With various programs and a diverse influx of visitors to connect with, 3331 Arts Chiyoda is well situated as a base for creative practitioners from around the world. 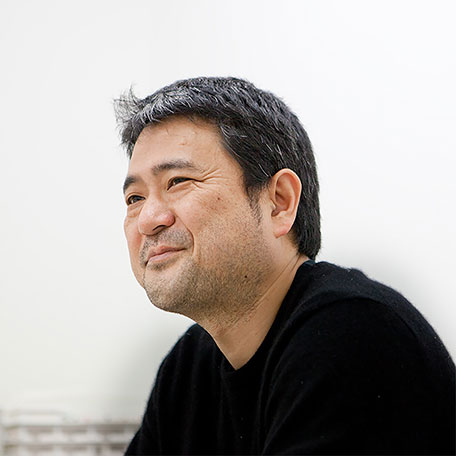 “What sets apart the AIR 3331 program is that creators can stay at the heart of Tokyo to create and then present their work, giving them the chance to become directly involved with the Japanese art scene and local community. Through AIR 3331, I encourage creators of all fields to make their own project in Tokyo become a reality”.

Profile:
Born in Odate City (Akita, Japan) in 1963. Professor at Tokyo University of the Arts (Department of Painting). A socially aware artist pushing forth diverse art projects with focus on "art x community x industry". Represented Japan in the 49th Venice Biennial (2002). Received the Japanese Government’s Agency for Cultural Affairs Award in Fine Arts (2010). Has supervised over the artist initiative “Command N” since 1997. Launched revitalization projects in localities across Japan, and founded the art center 3331 Arts Chiyoda in June 2010.

Providing an intensive period of stay and production, the AIR 3331 program has hosted artists, curators and researchers who act as “magnets”, interlinking their respective bases of activity through art. The program aims to facilitate discovery and the mutual exchange of diverse values at a local level, inspired by the unique culture, history and stories of the immediate Tokyo (Chiyoda City) community. The program openly welcomes participants from Japan and overseas who work in a diverse range of genres, including visual and media art, design, performing arts, music and architecture. Our program places no limit on the form of media or the resulting production of work, making it ideal for those looking to create freely and independently.

AIR 3331 is uniquely centered in the eclectic Kanda area and set to the backdrop of Tokyo, whose figure as an international city intersects with the atmosphere of the past, as seen in Akihabara, Ochanomizu, Iwamotocho, Ueno, and other nearby neighborhoods. Participants have the opportunity to stay, create and present right in the heart of Tokyo’s art scene with the choice of either a studio/gallery space inside 3331 Arts Chiyoda, or the nearby live-in studio just recently established in March 2019.

Our History, Our Structure, Our Mission

3331 Arts Chiyoda is a hub for the development and promotion of arts and cultural activities accessible to its community and beyond.

In response to an open call held through the Chiyoda City Culture and Art Plan, the non-governmental organization Command A, LLC. (http://www.commanda.info/) proposed what is now 3331 Arts Chiyoda. 3331 Arts Chiyoda was established in 2010, reutilizing the former Rensei Junior High School that had closed in March 2005.

3331 Arts Chiyoda is operated by Command A, LLC. Amongst the varied arts and cultural programming independently organized by Command A, the current AIR 3331 residence program was initiated with the aim of creating space and opportunity for both domestic and overseas artists to undertake research and presentation.

For those interested in the independent and alternative creative activities particular to urban space and a uniquely Japanese society, AIR 3331 welcomes you to experience our program under the mandate of "a space made for ourselves, by ourselves".

As one pillar of AIR 3331, “AIR 3331 Open Call” is an open application residence program that accommodates domestic and international artists and creators. Welcoming the participation of individual and group initiatives in fields such as art, design, performance and fashion, to date* over 190 artists from Asia, North America, South America, Australia, Europe and across the globe have joined 3331 to undertake projects, carry out research, and produce new work that has led to the realization of countless exhibitions, workshops, and events of all types held right in the Tokyo community.

The open call consists of two different plans that cater to each participant’s project goals: A “full-term plan” of between one and three months suited to those wishing to carry out an in-depth project, intensive research or create new work for exhibition, and a “short-term plan” of less than one month for those seeking concentrated studio time or the challenge of holding an exhibition or event in Tokyo.

In support, residence coordinators are on hand to facilitate the realization of artists' activities during their stay. From production advice or interpretation for workshops and events to sharing knowledge of both traditional and contemporary Tokyo, 3331 Arts Chiyoda's administrative staff members are always approachable.**

*As of January 2020.
**There are services included in the base residence fee, and optional services that require an additional fee.

Since its initiation in 2011, the program has explored the “underlying diversity” and “regional character” encapsulated within Tokyo with 3331 Arts Chiyoda as a starting point, developing art projects that aim to generate a new sense of community.

The focus of this program to date has been on the activities of creators based in East Asian countries that have achieved remarkable development in recent years, inviting artists from Taiwan, China, Hong Kong, Vietnam, India, Thailand, Myanmar, Indonesia, and Malaysia to undertake community projects, research, exhibitions and workshops.

In deepening discussions between Tokyo/Japan and other localities, an “alternative Tokyo” is made visible through these artists' rich perspectives. The program continues to explore modes for multicultural coexistence and new values, forged by the inhabitants of separate locales who, despite complex relations and differences, share the experience of living in the same age.

MUNTADAS: ASIAN PROTOCOLS
Dates: March 20 - April 17, 2016
http://am.3331.jp/index_en.html
(Supported by the Agency for Cultural Affairs, Government of Japan, in the fiscal 2016; Accion Cultural Espanola; The Embassy of Spain in Japan)