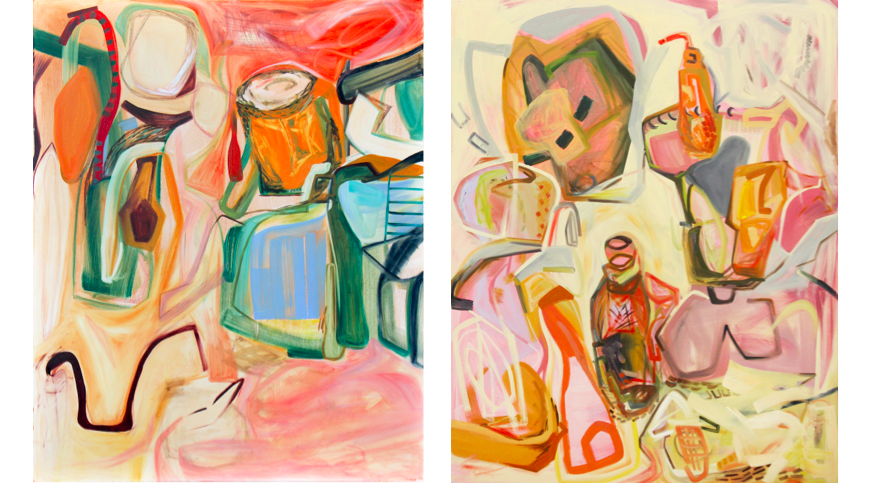 (Left) She, Typing
(Right) A Conversation among Containers

During my residency with AIR 3331, I am going to make a new series of oil and acrylic paintings. I will create "stories" using painting languages. The "stories" are made from data collected from both interior and the exterior sources in Tokyo. In the process of "storytelling", I will focus on "the other side" of the story, which differentiates from its appearance. By doing so, a new sense of "self" is developed; each "story" is told through its own characters.

Xiaoxuan Liu (b.1994) is inspired by many gestural and colorist painters, and is also drawn to literature. A sense of anecdote is shown in both her works and the titles of her works. The objects in her work are reformed into "a different kind of thing", fun yet sarcastic. Xiaoxuan uses bright colors and transparent glaze in her paintings to create space and contrast. Her paintings are dynamic and free, yet balanced between the abstract and narrative.