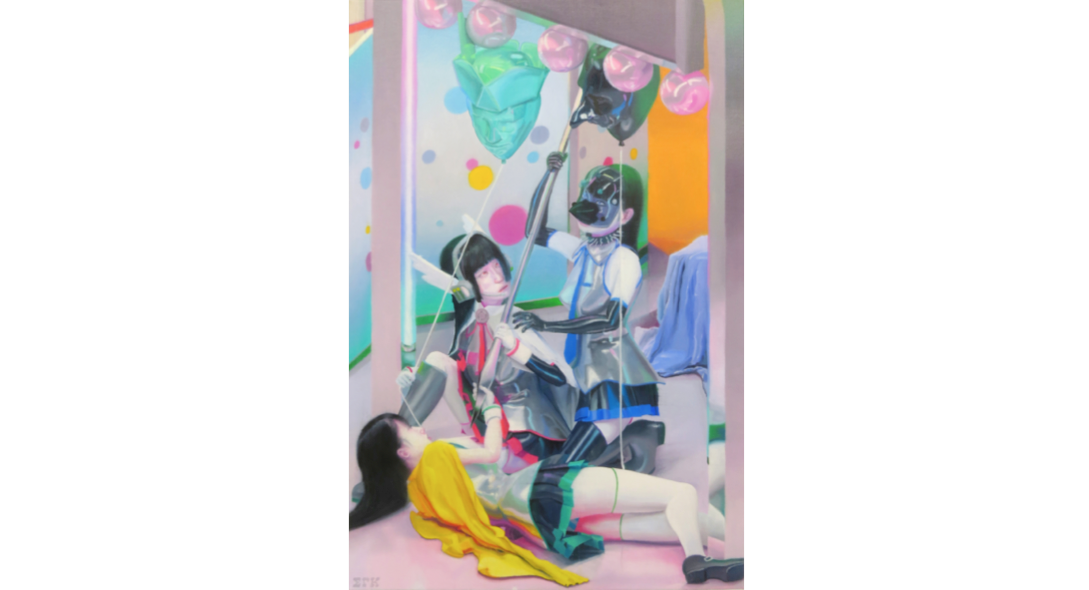 Australia, initially a colony of the West in the Asia-Pacific region, is now becoming increasingly connected to Asia. Coming from of a generation of young Australians who were exposed to Japanese popular culture via television, games and the internet, Quinteros is interested in immersing himself in the contemporary visual culture of Akihabara. Following the example of artists such as Takashi Murakami, he tries to find new expression by learning from both the art of the past and of the present.

Quinteros has been visiting Tokyo numerous times since he was an adolescent, after his father expatriated to Japan for work. As a result of experiencing the contrast of cultures, he gained an interest in the Japanese artistic tradition. Engaging in study of the history of painting in the West and in Asia, his own work became rooted in this cultural confluence. Recently, he added a new direction to his education by becoming a student of the Urasenke school of Japanese tea ceremony.