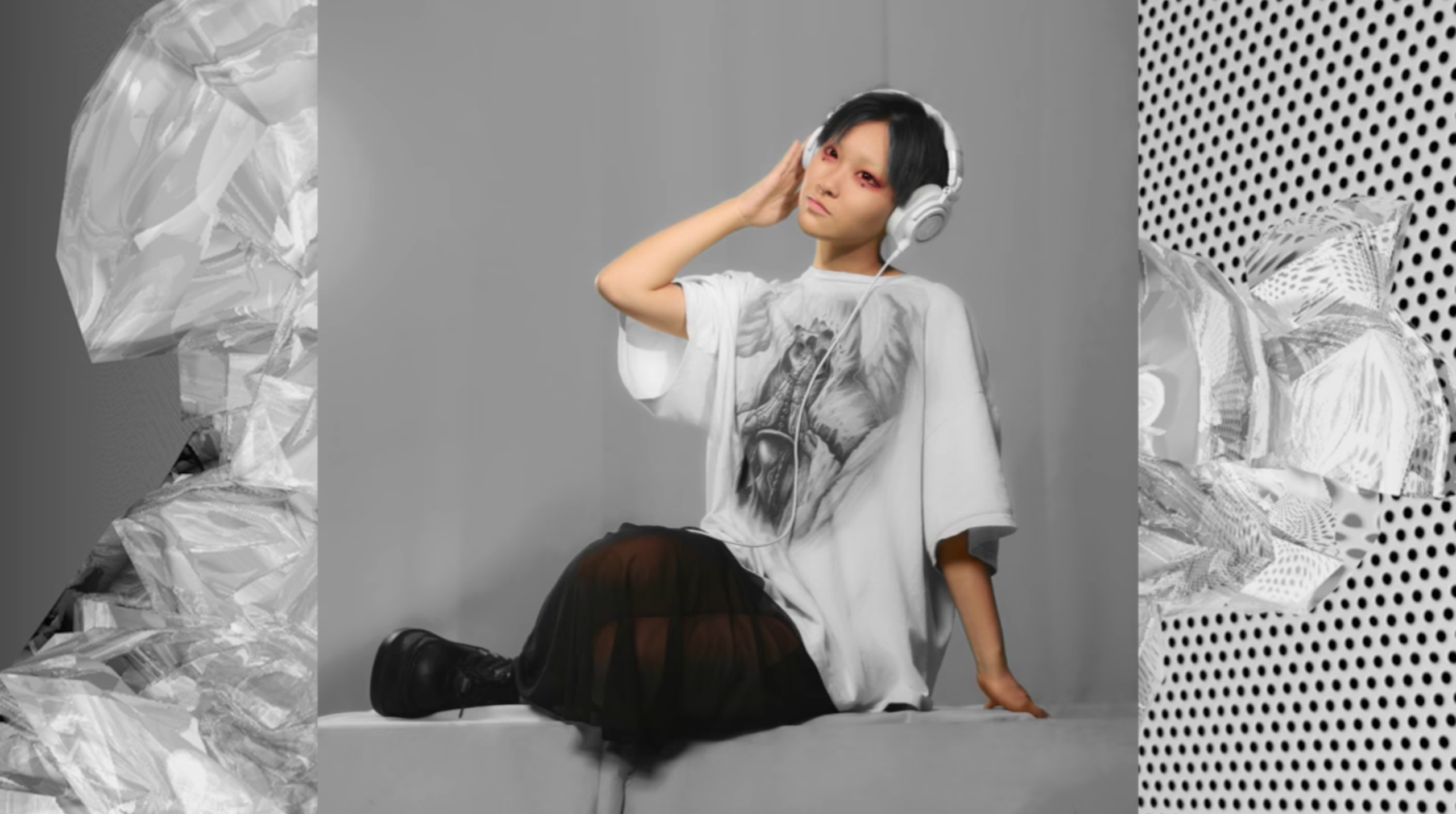 Residence plan
Collaborating with resident artist Asuka Lin, Abe will create a short film that will bring to light existential observations on how otaku culture relates to the philosophical ideas of post-humanism by comparing and melding their own East Asian identities to popular anime girl characters and examining the hyperreality of image proliferation within Tokyo's anime culture through sardonic undertones. This film is a specific commentary on the question of consciousness or collective identity within these images without agency and yet are all around us.

Abe is a Japanese-Vietnamese musician, performance artist, and producer based in Los Angeles. Topics of the cyborg, postcolonialism, and hyperreality are brought to light as acoustic and synthetic, high-frequency sounds enmesh. The emphasis of Abe's practice is localized in the world of experimental electronic music and includes music production, film scoring, sound design, vocal/instrumental technique, and voice acting.